Okay guys, so I've been looking at our SMP server recently, and also been browsing around other server looking for ideas, and I think our server is simply too complicated. So I drew up some simple plans for SMP 2.0. There is a poll as to whether you like this idea, please vote. Sorry for the long read, but here it goes.

Basically, simplify everything. We have WAY too many plugins to do this and that, and nowadays there simply isn't any survival any more. We have the creative map, so why bring half the options into survival? My idea is to get rid of every single rank and plugin available to non-staff, and get rid of almost every plugin available to admins.

The ranks are being simplified down to 5 ranks.

Guest - New to the server.
Trusted - Been on for a while, trusted not to grief (So mods don't have to keep an eye out), also gets access to creative map.
Mod - Can kick/ban, standard moderator tools. Access to Hawkeye.
Admin - Has access to, and can change, other people's inventories (Will explain later)
Owner - Me and CloseKnight. Go away.

Edit - People are saying they like the ranks. So this is another suggestion:

Guest - New to the server, e.t.c
Builder - Been on for a while, gets 50GN as a reward.
Trusted - Fully trusted not to grief, blahblahblah, gets 100GN.
Architect - Gets 200GN, and the ability to purchase city licenses (Price suggestions for city licenses?)
Mod - Can kick/ban, standard moderator tools. Access to Hawkeye.
Admin = Has access to, and can change, other people's inventories (Will explain later)
Owner - Me and CloseKnight. Go away.

I feel like there is not enough "Work for your reward" feeling at the moment. Something I completely stole from another server: Using gold nuggets (GN) as currency. The price list could be (very) similar to this. So if you're a farmer, and you want a diamond hoe but hate mining for diamond, work for your 90 GN by making 45 bread, and selling the bread to an admin and buying the diamond hoe from him. Admins MUST buy/sell stuff with respect to the pricelist.

I think this system benefits everyone. As mentioned, if you like farming, you can still get full tools, but you get more rewarded if you're willing to take the risk by lurking in the deepest caves.

You can donate as much as you want, as often as you want. For every pound (Approximately 1.6146 U.S. dollars according to google), you will get 20 GN. Also, there will be the following tiers -

These tiers will be monthly (So after a month, you won't get any bonuses anymore), hence the fact they are cheaper. But if you want to donate £30, you will get 800GN at a time, so you can renew your month any time you want! Or if you're only 20 GN away from that full diamond armour and you can't be bothered working till the end, simply donate £1 and you will be there!

The plugins will be as follows:

Lockette - To stop people from stealing stuff. Also allows safe storage of GN.
Home - Everyone will be allowed to set 1 /home. Donators will get more, explained in the donator section.
Hawkeye - Available to mods and admins, so they know who griefed, and can undo the grief.
ChangeDat - So you can buy/sell stuff from Admins.

And that's it! That's right, no creative mode. Nothing like that. If you want to build something, do it in the creative map! The SMP will keep true to the name - SURVIVAL multiplayer.

I don't have a problem with any of these suggested changes because this is how I generally like to play. I prefer survival and only build legitimately.
I am really glad you will keep lockette! I hated when it was gone for a while. Same for setting a home. Those two things are the "must haves" for me.

These are just my opinions and others may feel differently.

Though I do see where you are going, I do not think it is necessary.
I have not heard a single person complain about the many plugins and until they do lets keep it the way it is.

Pix makes a good point. Maybe a compromise? How aobut get rid of plugins that are not used much? There dont seem to be too many available to general players.

On a side note, I kind of like the Towny plugin we have been playing. This is my first time to ever really play using it and it has been cool.

im all for these ideas honestly i've been fed up with a lot of things and would really enjoy the original server feel I used to have, oh one more thing unban me. some people think its funny to ban them selves "cough" brother "cough"

Adam1347 wrote:im all for these ideas honestly i've been fed up with a lot of things and would really enjoy the original server feel I used to have, oh one more thing unban me. some people think its funny to ban them selves "cough" brother "cough"

Adam I unbanned you, don't forget to thank me later

Im with Tarl, I like the server as it is, but some plugins are unnecessary, we could just remove a lot of plugins we dont use. And i also like the donation idea. People get a high ammount of power at this server by donating. On other servers it costs 10£ a month to keep the limited creative in a specific world. But I'd like to keep the ranking system. And the VIP rank is, after my opinion, necessary for people on the server, now they got a rank to work hard for in order to achieve. It also creates space between build ranks and administrative ranks.

PLUGINS ASIDE, what does everyone think about the proposed ranking system? I like it. Seems less sophisticated than the way it currently is, might help people chill about ranking so much.

The proposed ranks sound ok to me. Rank has never been a big deal to me and it won't change how I play on the server.

I like the ranks as they are. Gives people something to work for.

gudbev wrote:I like the ranks as they are. Gives people something to work for.

That can be part of the problem. People are working too hard for ranks and money instead of just playing the game as it was meant to be played. I started Minecraft as a creative outlet for my pent up creativity. Buildings seem to have become too geared towards pleasing the staff.
Anyone who reads this: I don't want to see duplicates. Be creative. Use your imagination. If you can dream it, you can build it. If you don't have the resources to do that, go to the build world and report to the storeroom. It's a good way for me, personally, to relieve stress.
Come Build, My Lord.

This depends on the person, some likes to build to achieve something, some likes to survive/pvp. People play minecraft in many different ways, some dont like ranks, some do, those who doesent concern about ranking up, do not have to do so. The server supports all types of players atm. We even got a build map to suit the needs of people fond of bilding and constructing new stuff. I believe we should keep the ranks as they are. And i have seen a lot of improvments after we got the all survival world and roleplay.


And P.S. I like the donating and money system, very nice

Server as it is

I am with gudbev and them.
I like the server as it is but remove the unecessary plugins so they dont slow down the server, and it will just be more to update when a new update come and a longer downtime duration every update( am i right? )

Also, i would like if the map would save like every hour in case of someone doing a rollback by mistake and i also would prefer if the map was same all the time after all updates so the map is saved as it is.( i dont know if it is saved now but it wasnt before)
Thanks for me

I think that you should just remove
the unecessary plug-ins,all they do
is lag the server heaps.Also,spawn is
WAY to complicated,it takes forever to
work out how to get out.Apart from
that,nothing really needs to be changed
from my point of view.
josh4765

Personally I like the server just how it is.
But there are some things that would be very hard to play without; /set home is the main one for me, so many of the things that I have made are very far apart and some things in the middle of nowhere, without /sethome it would be basically impossible to get there 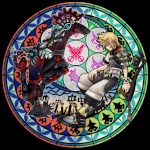 I think that we should remove some of the plugins that dont get used often, such as the shop plugin, but I think the amount of settable homes should be unlimited. That's usually the only problem I ever have online is finding my homes/builds/other things.

Shop plugin is actuallly the most used plugin. People set up stores everywhere in spawn town. Lots of good bargains there

I know, I buy stuff from shops all the time, but Some people don't refill.

Why don't you join me on SC2 instead? If you beat me, I will refill my shop.

Then buy it you foul creature!

About the shop plugin some features such as /scs add are not usable because of permissions, just thought i'd let you khow

^ yeah and I can't take away a showcase either, I am not sure of the required rank