Greetings fellow minecrafters. It is me gudbev, and today i have returned with good news. But first a introduction to the topic. Since we all got the new map Nordic, players from all over the world have gathered at the server to build the empire of Nordia. I have been granted the permission to get my own map, restricted to one special project. The city of the four blooms. It is a huge city in the style of the east roman empire (Byzantine). But the city is just a detail compared to the main project, a massive palace. The palace will use 60% of the city's area. It is named the palace of the 10000 steps. (why the name you might ask? the ten thousand steps is the "walk of fame" inside the palace that lead from the sea, to the enormous hippodrome (long arena for horse race) at the sides there will be "shrines" or "busts" with all the famous names of the server).
The plan for the palace is:
8 parks at each side of the palace, 8 thermai (baths) with wardrobes and sauna, 2 huge library buildings (one of them as grand library) , 1 millitary training field with barracks (about 5) , two grand ceremonial halls, emperors living quarters (for Jarls, kings etc. (each of the staff members get his/her own "hall") and "quarters of the commons" visitors halls/bedrooms and info centre. gardeners house, dungeons, mines, quarry, sandpit, gladiator arena, hippodrome (main goal), football field (roman style) , archery centre, obstacle course, school building, trophy room (yes for the dragon egg if you want close), about 15 main halls, hall of the dead, hall of fame, hall of lame, cathedral (Hagia Sophia), 12 side buildings, 12 aqueducts and a sewer system (yes ill copy the one from oblivion <3).
the plans/blueprints is under construction so this is just a rough and unfinished plan.

recruiting: i will choose my workers carefully, when a man is chosen to join i will give him/her creative mode (if allowed by close _________ write granted or denied) but if you leave the world and enter Nordic instead your gamemode will automaticly be changed and you wont be able to re enter.
Or i will put up a supply room.
There will large and nice living quarters for the workers waiting for them to join. They will also get their name on the upcoming "hall of fame" and on the "thanks to" board.

To apply as a worker , post a detailed application as a reply on this thread.
Copy this format and fill out:

name: Sir_Texou
age: 17
preffered role: Regular worker (I'll do anything I suppose, just generally help out as much as I can.
skills/experiences from former projects: I enjoyed AGN experimental challenge and am very skilled in building with Creative.
can you come on at least 3 times a week?:Yes.
are you a good teamworker or do you preffer to work alone? Not really fussed either way. I do what i'm told

anything youd like to ask me about? Not at the moment

granted be ready to enter the world of the 4 blooms

Name:iPixelz
Age:13 1/2
Preferred role:Interior designer or exterior designer
Skills/experiences from former projects:Well... I helped on the server a lot before, and you with the bank.
Can you come on at least 3 times a week?:Probably
Are you a good team worker or do you prefer to work alone?:TeamWorker
Anything you'd like to ask me about?:I like turtles

awwww turtles are cute.
granted you have perms to enter world "build" whenever you'd like. You will find a lot of empty rooms that you can fill. there will besigns wich tells what kind of room it is. but youll mostly have to youse your immagination.

Name:Axeens (Axel)
Age:14 and 10 months
Preffered role:The almighty helper off everything u tells me to do xD and that u know.
Skills/experiences:been building with you for a longtime and Arengard prodject the old Grimsgard Prodject some at spawn. and also the bank. been helping alitel bit everywere.
Can you come on at least 3 times a week?: Hell Yea of course i can
I am an all worker. i can do both. dosent really mather
How many will u alow to join the prodject?? no offense

all my projects are finished. machu picchu, the rift, hydro, Grimsgard commons, olympics, dwarven city, so now i started the real one

Can you come on at least 3 times a week?: Yes
Are you a good team worker or do you prefer to work alone?: Both
Anything you'd like to ask me about?: Not atm 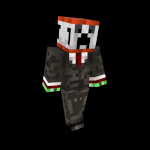 Name: Gustaf AKA: Gurra[Zxg98]
Age: 13.
Preferred role: Ehh ... I can build anything... I dont really care that mutch (regular worker, wall builder, pillar maker, gardener etc.)
Skills/experiences from former projects: To build nice stucktures/ strukturer.
Can you come on at least 3 times a week?: Evry day !!! yes or no.
Are you a good team worker or do you prefer to work alone?: Im a team worker !
Anything you'd like to ask me about?: Do u want to marry me ? Yes or No ? xDDD.

and ofc ill marry you <3